I started out with photography when analog film was already dead. But recently it has come back among camera nerds. What got me interested was to see photos taken with Cinestill, a brand new film that gives a very cinematic look, something I just couldn’t reproduce in post processing. So I decided to give it a try. I wrote this to document all the stuff I went though from beginning to end, and with a conclusion to hopefully help people that is thinking about doing the same.

It all started out when I won an auction for a suitcase full of Mamiya 645 stuff. To people that don’t know, that is an old medium format camera system with film in the size of 6×4.5cm (large size!), something that professionals used back in the 70s to 90s. The suitcase contained a Mamiya M645 camera, a few lenses, a flash, teleconverters, macro rings, filters and more. 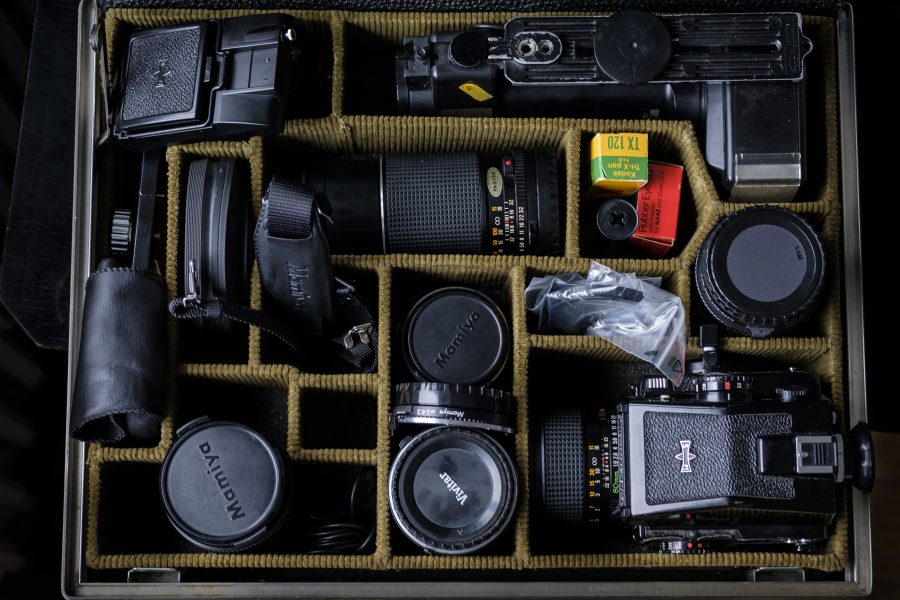 Suitcase full of Mamiya 645 stuff including a few rolls of film that expired in the 80s.

What attracted me most to that camera was the Hasselblad look and modular system, and I heard that this was a cheaper but still very good alternative to the expensive Hasselblad cameras and Zeiss lenses.

Initially it was a bit of a challenge to use. The waist level viewfinder (you look into the camera from the top) that I had looked forward to trying was hard to use: what you see through it is reversed, meaning you have to make the opposite movements when framing, very hard to learn. Also the waist level viewfinder don’t have a light meter, so you have to figure out exposure otherwise. Nailing focus is also hard but it has a magnifying glass you can fold out that helps, but still not as good as a good prism viewfinder. Expect to have problems with these waist level viewfinders, they are cool and I love to use them, but they are also a pain in the ass.

The Mamiya 645 lenses are great. I have tried a lot of vintage lenses (35mm, medium format), and so far I only really got impressed by two vintage lens companies: old Zeiss lenses and Mamiya 645 lenses. I love the rendition and colors. Also ended up adopting the lenses on my digital Fuji X cameras with an adapter, and uses the lenses with a Rhinocam adapter (will write more about that soon on the blog).

These are the lenses I ended up getting, all nice lenses. Also check out my big medium format lens test here. 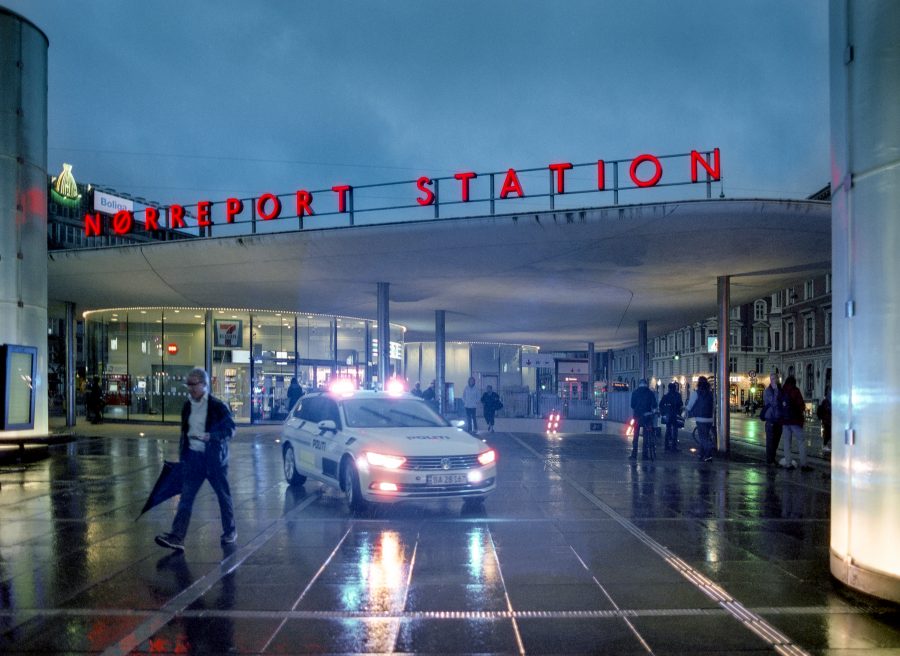 This new film was original why I got into shooting film. I saw Big Head Taco using it and loved the cinematic look it gave, perfect for evening street photograhy. The look has these blue-green tones, with red rings around light sauces. The film is very depended on your light source, newer light like led won’t look good, older bulb lights look super cool.

I had high expectations but after getting the first film developed and scanned I was a bit disapointed. Iso 800 on film is not like iso 800 in digital, it’s has very high noise. More noise than I like. If you post it online as a small thumbnail like Instagram (where I had original seen Cinestill photos) it looks fine, but for viewing it on a big screen in full resolution it looks terrible.

If you go for older film cameras you will probably have to meter your light manually. Even if the camera has a build in lightmeter, it can give unstable results or be broken (they often are, ask before you buy).

It’s a big minus that you have to deal with this. On modern cameras we have got so used to the comfort of build in light meters. A big minus for shooting film.

The bigger the film, the finer film grain and the more details. So I wanted to try something bigger and got the Pentax 6×7 system. Compared to the Mamiya 645’s 6×4,5cm film, the Pentax 6×7 has 6x7cm film. 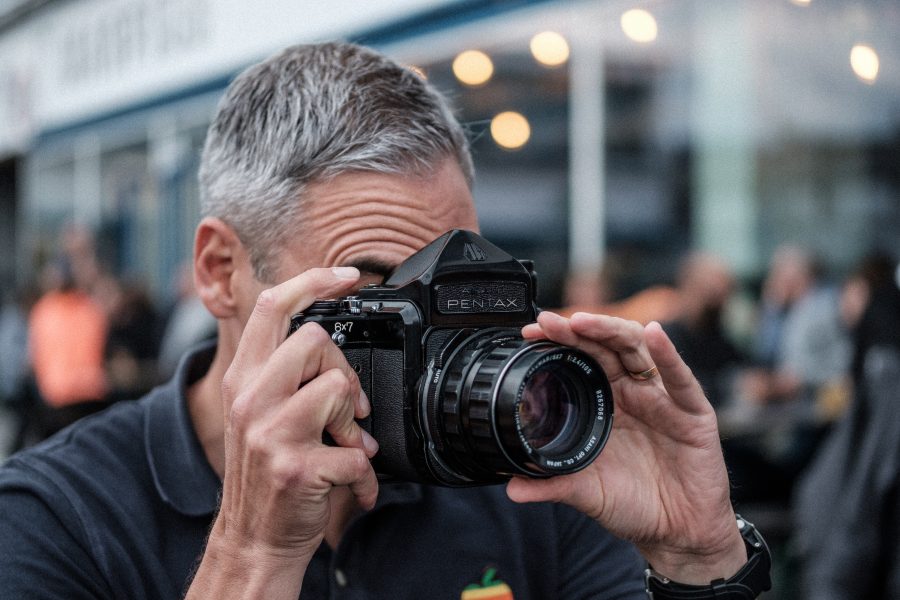 The camera looks like a monster, it’s big and ugly and when you bring it somewhere public you will get attention, people will laugh of you and when you take photo the shutter sound will make people wonder “what is that sound?”.

Because of it’s bigger film size, and longer and slower lenses, I used this more as a landscape/cityscape camera, but to me that is not where film has it’s strength compared to digital. Everytime I did use it I ended up liking the same photo shoot with my digital Fuji camera way more. Therefore I can’t recommend this camera even though this camera is legendary.

Here are the lenses I ended up with: 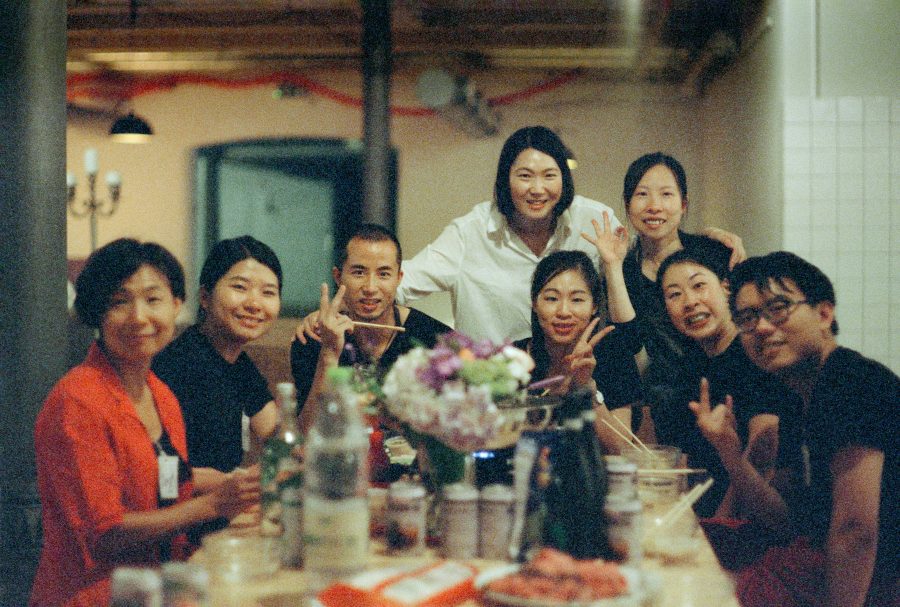 I also decided to try out 35mm cameras (what most people had back in the day). Advantages are smaller cameras and lenses, faster lenses, and more shoots on one film roll.

I had a lot of them laying around from when buying vintage lenses for my Fuji X system. I ended up using my Minolta x-300 the most with a Minolta MC Rokkor-PF 58 mm f1.4, a very cheap option and still good quality.

But I didn’t use it much because I find 35mm is too grainy! The higher resolution of medium format is really needed when taking film and digitizing it. Maybe it’s just me that don’t know how to get good scans into my computer, but for me 35mm is too low resolution, only usable for close up person photos.

Pros:
– Cheap, you can go to your local 2nd hand store and find lots of cheap options.
– Faster lenses and small size, good for street photography.

Cons:
– Low quality, not usable for cityscape/landscapes, only usable for people photos.

In the end I bought this Pentax 645N a bit by chance and hadn’t many expectations, I found a cheap lens for it in a 2nd hand store and wanted a matching camera. This is a modern medium format film camera, it has auto focus, fully working light meter with the modern options, very big and bright viewfinder, auto rewinds the film and much more.

I was blown away by this camera! The film camera I enjoyed the most using, and it makes it hard for you to use the more old school cameras afterwards. Only minus is that it lack the charm and cool look of the older cameras and it’s rather large. So I can recommend it, but maybe the fun of trying film is to try the old mechanical cameras?

Other cameras and films tried 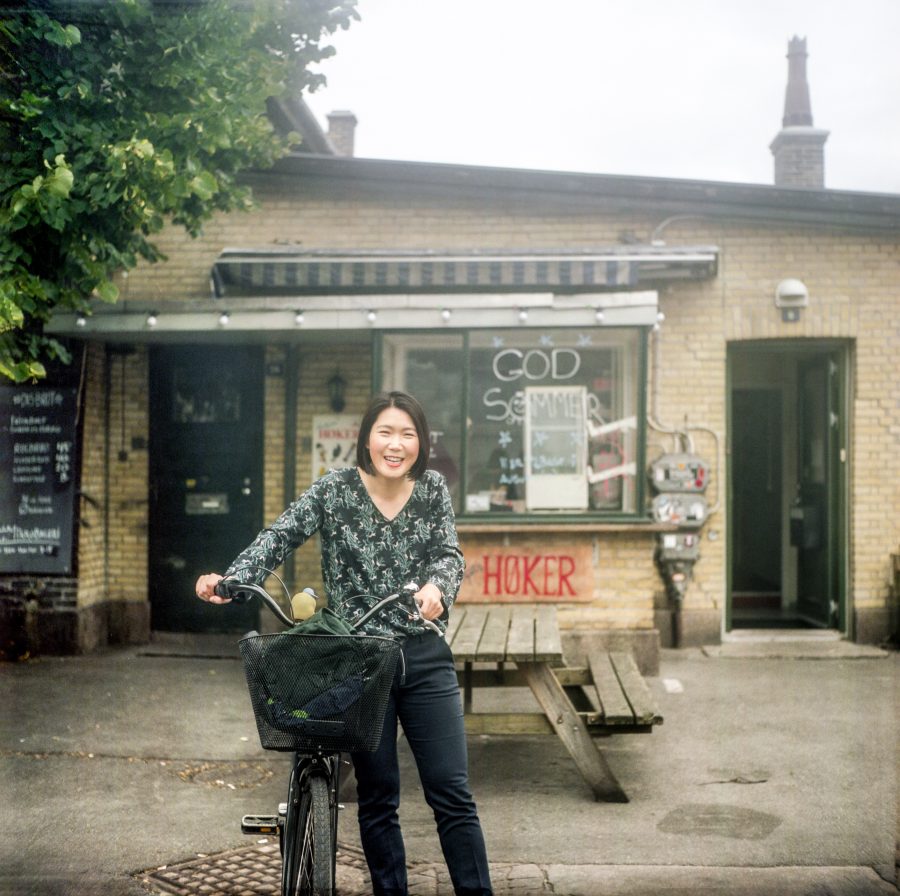 My girlfriend and her bike in Kødbyen, Copenhagen. Taken with the Yashica Mat 124g 80mm f3.5 with Kodak Portra 160 film. Notice that the photo is square because the negative is 6×6, why many Instagram photographers love these kind of cameras. Full size

Getting your film developed are normally pretty easy. Most big cities have good professional film labs. Here in Copenhagen there is the lab Laboratoriet i Nannasgade that have good quality service but they close early. I recommend you to go to Photografica (Skindergade 41, Copenhagen), they will give your film to the same lab, that adds an extra delay but you end up paying a bit less (65 Dkk for developing film). 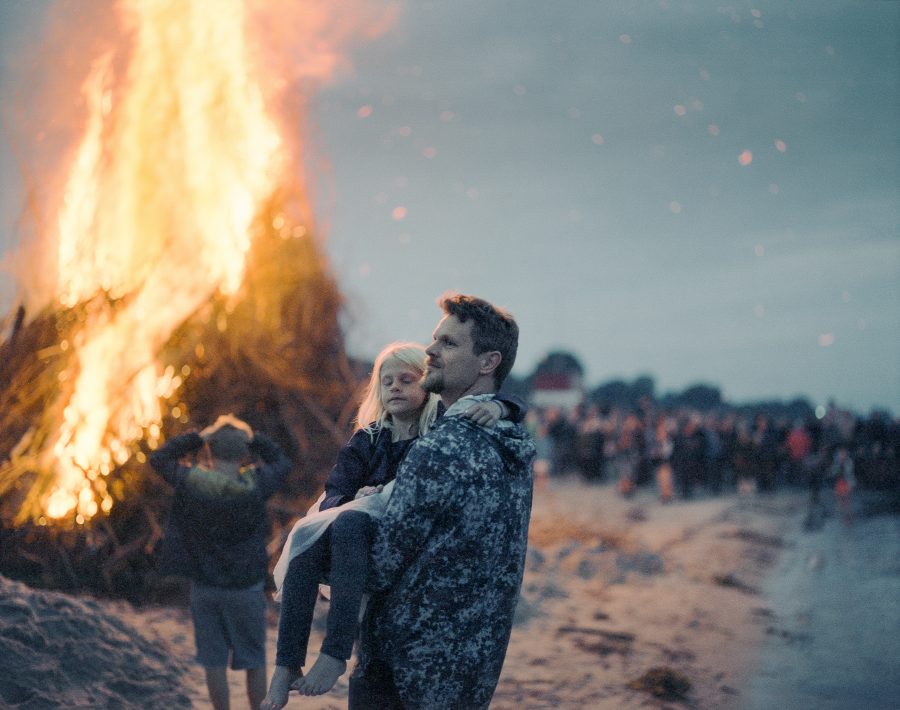 Take the things you hear about film with a grain of salt. You often hear about the super high resolution over digital, which I don’t think is true at all. Don’t expect film to be better than digital, only shoot film if you feel you are missing something with digital. Film has something special about it, it makes the processes way more fun to do, and adds that magic look to your good photos. For someone just starting out in photography I don’t recommend film, but for someone that has tried most things in the digital world film is a fun experience to try.

If you get into film, check out these:

The Film Photography Project (podcast) – the ultimate group of film nerds, very enjoyable to listen to.